Skip to content
Here’s a recent article on the movie 12 Years A Slave. It’s an absolute amazing story that was made into an incredible film. In the film from the writer to the director the actors to the producers to the film team…you could feel the character and the importance of the film…it has that feeling when you go into a great restaurant and you know that everyone in the place cares about what they are doing..this film cares about what it is from every angle, every nook, every second…very poignant and powerful…….stories change lives. This one did 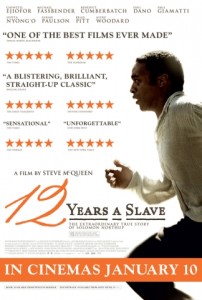 Since its debut at the Telluride and Toronto film festivals earlier this fall, the historical drama “12 Years a Slave” has garnered considerable critical acclaim, including nearly unanimous positive reviews and seven Spirit Award nominations, the most of any film this year.

While the film’s story — based on the autobiography by Solomon Northup, a free black man from the North who was kidnapped and sold into slavery in the antebellum South — is remarkable, perhaps even more astonishing is that the story is so little known. An exclusive new video, embedded above, sheds some light on the historical context and legacy of “12 Years a Slave.”

In the video, Harvard professor Henry Louis Gates Jr., a historical consultant for the film, explains, “Between 1760 and the end of the Civil War, there were 101 books written or dictated by people who once were slaves and then escaped to the North. The only one that addresses the experience of a free man or woman in the North who was kidnapped into slavery in the South and then made it back to freedom in the North is Solomon Northup.”

David Fiske, a Northup biographer, adds, “It’s very interesting because [Northup’s] attention to detail in the book shows just how curious he was and what an intelligent person he was, because he records every little detail that happens to him.”

“No man writing in upstate New York could have fabricated this scenario,” Gates says.

Steve McQueen, the director of the film, discusses his motivation for bringing the book to the big screen. “I couldn’t put it down,” McQueen says in the video. “It’s an astonishing story of one man who holds on to his faith, holds on to his humanity through the worst kind of experience one can think of. And it was something I thought the world should know about. It was an amazing discovery for me.”

Chiwetel Ejiofor, the actor who plays Northup, adds, “There are so many levels to this book and to this story. And for me, Solomon’s book is a gift. It is a gift from the middle of the 19th century right into the present day. It’s a story that speaks to these ongoing debates as we grapple with what it means, what human dignity and human respect really mean, and how do we apply that on any given day.”

For more on the legacy of “12 Years a Slave,” watch the full video above.