I really love the intensity and the privacy of this artist human Andy Goldsworthy brings to this life and his personal craft and artform that he has created is really unique and hugely amazing..andy g is rad

Andy Goldsworthy, OBE (born 26 July 1956) is a British sculptor, photographer and environmentalist producing site-specific sculpture and land art situated in natural and urban settings. He lives and works in Scotland. 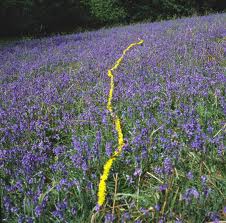 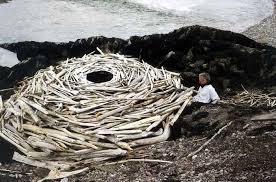 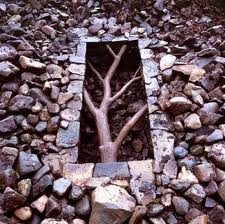 The son of F. Allin Goldsworthy (1929–2001), former professor of applied mathematics at the University of Leeds, Andy Goldsworthy was born in Cheshire[1] and grew up on the Harrogate side of Leeds, West Yorkshire, in a house edging the green belt. From the age of 13 he worked on farms as a labourer. He has likened the repetitive quality of farm tasks to the routine of making sculpture: “A lot of my work is like picking potatoes; you have to get into the rhythm of it.”[2] Goldsworthy studied fine art at Bradford College of Art (1974–1975) and at Preston Polytechnic (1975–1978) (now the University of Central Lancashire) in Preston, Lancashire, receiving his Bachelor of Arts (B.A.) degree from the latter. 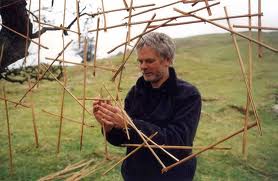 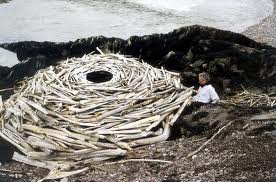 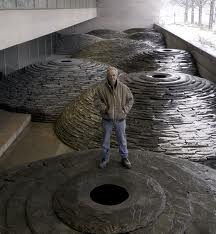 After leaving college, Goldsworthy lived in Yorkshire, Lancashire and Cumbria. In 1985, he moved to Langholm in Dumfries and Galloway, Dumfriesshire, Scotland, and a year later to Penpont. It has been said that his gradual drift northwards was “due to a way of life over which he did not have complete control”, but that contributing factors were opportunities and desires to work in these areas and “reasons of economy”.

In 1993, he received an honorary degree from the University of Bradford. He is currently an A.D. White Professor-At-Large at Cornell University.
Andy Goldsworthy is the subject of a 2001 documentary feature film called Rivers and Tides, directed by Thomas Riedelsheimer.
Photography plays a crucial role in his art due to its often ephemeral and transient state. According to Goldsworthy, “Each work grows, stays, decays – integral parts of a cycle which the photograph shows at its heights, marking the moment when the work is most alive. There is an intensity about a work at its peak that I hope is expressed in the image. Process and decay are implici 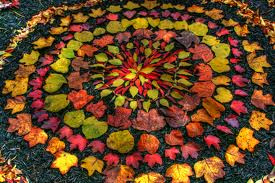 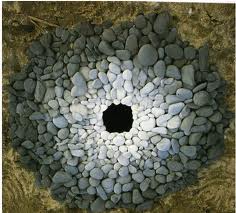 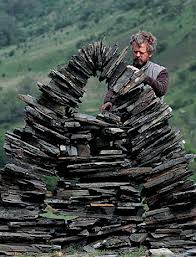 Goldsworthy produced a commissioned work for the entry courtyard of San Francisco’s De Young Museum called “Drawn Stone”, which echoes San Francisco’s frequent earthquakes and their effects. His installation included a giant crack in the pavement that broke off into smaller cracks, and broken limestone, which could be used for benches. The smaller cracks were made with a hammer adding unpredictability to the work as he created it.
Art process
The materials used in Andy Goldsworthy’s art often include brightly coloured flowers, icicles, leaves, mud, pinecones, snow, stone, twigs, and thorns. He has been quoted as saying, “I think it’s incredibly brave to be working with flowers and leaves and petals. But I have to: I can’t edit the materials I work with. 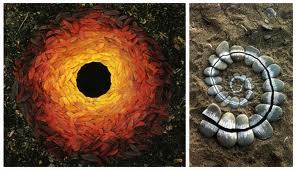 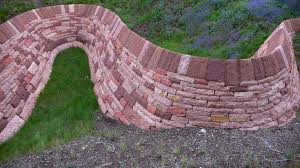 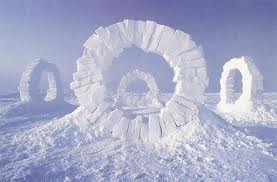 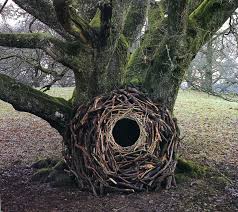 Goldsworthy is generally considered the founder of modern rock balancing. For his ephemeral works, Goldsworthy often uses only his bare hands, teeth, and found tools to prepare and arrange the materials; however, for his permanent sculptures like “Roof”, “Stone River” and “Three Cairns”, “Moonlit Path” (Petworth, West Sussex, 2002) and “Chalk Stones” in the South Downs, near West Dean, West Sussex he has also employed the use of machine tools. To create “Roof”, Goldsworthy worked with his assistant and five British dry-stone wallers, who were used to make sure the structure could withstand time and nature.