The ongoing chaos crippling Nairobi and captivating the world is a tragic affair that has presented a roster of victims, each with a litany of accomplishments and badges of selfless service that spans the global realm. 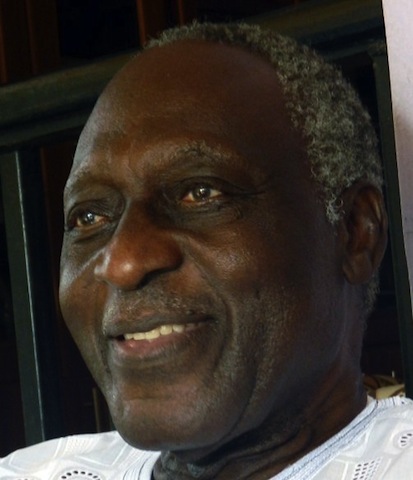 Each story tugs at the heart with even force but the loss of Ghanaian poet Kofi Awoonor is astonishingly debilitating because he was a literary giant who was murdered in cold blood while he was in the middle of another generous trek.

He was 78 years old, and Africans have always revered our elders because with age comes invaluable wisdom.

Awoonor had spent a lifetime nourishing eager minds with his particular brand of genius and penchant for expressive linguistics.

His engaging armor took him from his native domain of Ghana to the studious halls of State University of New York on Long Island where he dazzled his students with a potpourri of medleys systematically delivered with cultural indulgence and scholarly magnetism. He was also able to elevate his career to diplomatic status by serving as the ambassador to the United Nations from 1990 to 1994.

And just like so many of his fiercely vocal compatriots, he served time in prison in defense of his astute political views as it pertained to the allowance of basic human rights.

His death signifies his life long mission to fuel the flames of enlightenment. He was in Nairobi that fateful weekend to fulfill his obligations as an honoree  at a literary festival and he was also basking in the glow of a new book that was just about to make its debut.

Life was good…until that fateful Saturday afternoon when he nonchalantly accompanied his son to the Westgate Mall.

Recruited loyalists of a terrorist sect known as Al-Shabab unceremoniously gunned him down without hesitation and went on to wreck even more havoc.  The hectic bloodbath is presently unfolding without an end in sight.

All that is left is his furnished legacy and the unhinged possibility that in a perfect world the person who pulled the trigger could have been a recipient of his scheduled attendance at a session reading he was planning to attend later that day.

It is never easy to internalize the senseless acts of misguided indigenes, but we can celebrate the fallen and vow to uphold their dignified state.

Kofi Awoonor was born in Ghana in 1935 in the small farming village of Wheta, the son of a tailor and a chieftain’s daughter. He was educated at the University of Ghana and studied further in London and New York. Awoonor’s poetry, rooted in the oral poetry of his history, has kept close to the vernacular rhythms of African speech and poetry. “It is for this reason I have sat at the feet of ancient poets whose medium is the voice and whose forum is the village square and the market place.”

A Poem by Kofi Awoonor

This Earth, My Brother

The dawn crack of sounds known

raising earthwards our cathedrals of hope,

in demand of lives offered on those altars

for the cleansing that was done long ago.

Within the airwaves we carry

our hutted entrails; and we pray;

as the gunmen’s boots tramp.

I lift up the chalice of hyssop and tears

to touch the lips of the thirsty

sky-wailing in a million spires

of hate and death; we pray

bearing the single hope to shine

burnishing in the destiny of my race

that glinting sword of salvation.

In time my orchestra plays my music

from potted herbs of anemone and nim

pour upon the festering wounds of my race,

to wash forever my absorbent radiance

as we search our granary for new corn.

There was that miracle we hoped for

that salvation we longed for

for which we said many prayers

In the seasons of burning feet

of bad harvest and disastrous marriages

there burns upon the glint edge of that sword

the replica of the paschal knife.

The sounds rounded our lonely skies

among the nims the dancers gather their cloths

to build themselves new drums.

Sky-wailing from afar the distant tramp

of those feet in rhythm

miming underneath them violence.

Along the roads lined with mimosas

the mangled and manacled are dragged

to the cheers of us all.

We strew flowers at the feet of the conquerors

beg for remission of our sins…

…He will come out of the grave

His clothes thrown around him;

worms shall not have done their work.

His face shall beam the radiance of many suns.

His gait the bearing of a victor,

On his forehead shall shine a thousand stars

he will kneel after the revelation

and die on this same earth.

That my hills shall be exalted

And he who washes me,

They led them across the vastness

As they walked they tottered

and rose again. They walked

across the grassland to the edge of the mound

and knelt down in silent prayer;

they rose again led to the mound,

stretching their hands to the crowd

in wasteful gestures of identity

Boos and shrieks greeted them

as they smiled and waved

as those on a big boat journey.

as the crowd pushed and yelled

into the bright sharp morning of a shooting.

They led them unto the mound

In a game of blindman’s bluff

they tottered to lean on the sandbags

Their backs to the ocean

that will bear them away.

The crackling report of brens

and the falling down;

a shout greeted them

tossing them into the darkness.

and my mountains reel and roll

to the world’s end.