His players implored him to belly-flop into a California hotel pool, and he complied — at age 75. He once took a running plunge into the mud during a soppy game in Oregon. He adored when players pulled pranks on him, insisted players use his first name — Frosty! — and corrected them if they used “Coach.”

He believed deeply in singing. His players sang before games, after games. Sometimes they sang to the mock direction of the coach’s cane. Always they learned to sing without embarrassment, for it had become uncool to refrain from the refrains. For his 300th win in September 2003, an offensive lineman led the team in James Taylor’s “Steamroller.” During warmups for the NCAA Division III national championship game in December 1999, right there on the field in Virginia, his players sang “The Twelve Days of Christmas,” then proceeded to win 42-13.

Can you imagine warming up on the other side, then losing 42-13 to that?

During three of the best days of my career — those in his company, in Tacoma, Wash., in 2003 — he requested that I join his players for supper in their dining hall. Three of them drove me, in a pickup truck, back to my car. Along the way, they sang “Leaving on a Jet Plane.”

“Why singing?” I asked the coach. 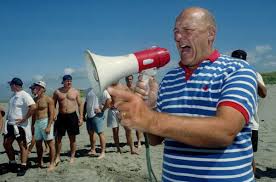 “When you sing,” he said, “your consciousness is raised.”

And lest you think this guy some Left Coast flake, let me hurl at you this biographical detail: former drill instructor, United States Marine Corps.

Did you know one of the most remarkable American coaches died on Friday? Did you know that Frosty Westering, who had 32 seasons at Pacific Lutheran without a losing record in any, who never mentioned playoffs or titles to his players but won four national championships and four runner-up finishes on two levels, died at 85 surrounded by his considerable family? Please know. Please, please know.

An airline pilot wrote to the university president. He wrote because the Pacific Lutheran presence on his airplane had taken a routine day and whipped it up into memorable. He wrote because Westering insisted his players respect other people’s work. He wrote because that respect included rapt attention to the flight attendants, which in turn included a phenomenal sound that came when the players clicked their seat belts in unison.

He wrote because at the destination gate, the college football players had held back and lined up on two sides in a “go” tunnel so they could give high-fives to disembarking crew.

He wrote because, when he arrived in the room, he found a note on the whiteboard suggesting he go home and join his wife by the Christmas tree.

A man in a wheelchair came to the “Afterglow,” a Westering postgame concoction where a few hundred players, coaches and fans would gather in the bleachers. They might discuss the game. Players might thank the fans for support. Fans might thank the players for inspiration. Everyone would sing “Happy Birthday” to anyone with a birthday nigh. The “Afterglow” would happen after wins, but — oh yes — the “Afterglow” would happen also after losses, because in Westering’s mind, losing meant you had just completed the privilege of playing. 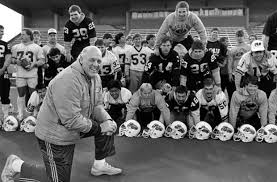 On a weekday after the “Afterglow,” Westering happened upon the man in the wheelchair and invited him to practice. Soon after that, he made the man an assistant coach, and so John Nelson, a quadriplegic Singaporean-American born with a debilitating condition and spinal-cord problems, came to head up the freshmen players. And they, in turn, had to take on responsibilities for his care: dressing him, helping him eat, helping him go to the bathroom. Do you suppose that taught them anything?

By 2003, Nelson had lost count of the times he had appeared as a groomsman in the weddings of former players, reckoning the number beyond 10. He told of a road trip stop at Disneyland when the players determined he should take a ride, so one player hugged him all the way through. During those three days I spent with the team in 2003 Nelson said to me, “There’s a reason for this, a reason for the guys coming out to this program, to see somebody who’s different. Hopefully, it inspires them. If someone in public needs help, I’m sure they will be comfortable with helping them.”

Doctors thought Nelson would have trouble making 30. By 2003, he had made 38. By his death in 2009,he had made 44. At his memorial service, Frosty placed a jersey on his wheelchair.

Westering had such stern rules. His players had to help up opponents during games on the premise that the privilege of playing could not occur without opponents. Troublemakers didn’t have to run sprints; no, they were denied the “honor” of running. He knew fear could motivate but thought love could motivate for longer, so players badly in need of upbraiding — of putdowns — would receive what Frosty called “put-ups,” and he mandated six put-ups per day.

One put-up, “Attaway” — a configuration of “That a way” — became a staple. He had players use it prolifically, including toward hotel clerks, short-order cooks, fast-food clerks, custodial staffs, flight crews. They used it one day at practice after Frosty had some women’s volleyball players address the team about their recent and difficult victory over Puget Sound. 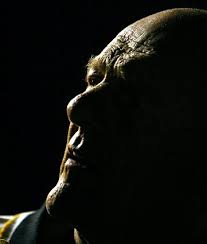 In a football world chockablock with practices planned to the minute if not the second, Frosty’s practices carried a decided imprecision. His son and coaching successor Scott said that, to his knowledge, his father had never written a practice plan. One day he had me address the team, impromptu. Sometimes he’d serve popsicles, with root beer one flavor during my visit. Wet days might enable frolicsome sliding contests. Meetings never started on time, and Frosty’s penchant for hazy punctuality proved so entrenched that Donna, his wife and the mother of their five children, found an “ish” clock with the suffix “ish” beside each number and placed it on their kitchen wall.

Said Donna, one day on the phone, “In fact, it’s five after 2-ish right now.”

Players never wore full gear until game days, then would suit up on Saturdays, sing (of course), maybe even listen to some music professor Frosty had invited to play drums for them on an upside-down bowl and plastic pitcher. Then the whistle would blow, the kickoff would go up, and players would tell of this astonishing transformation into hard, hard hitting — replete with helping up the people they’d hit.

Seasons would begin with a three-day getaway in which players bonded, played games but not football, apologized for any insufficient effort the prior season and sang, sang, sang, the freshmen standing on chairs and singing their high school fight songs unless they could not remember them, in which case they got stuck with “Twinkle, Twinkle Little Star.” Seasons would end the way almost all seasons everywhere end, with a loss, but with a way almost no seasons end, with an “Afterglow.” Or they ended with a win and an “Afterglow.”

And when PLU careers ended, the graduates sprinkled over much of the Northwest, some in coaching. One helped run a car dealership where they took time to behold Mount Rainier and they declined an applicant after a job interview in which the applicant told of being a No. 1 salesman, because they thought he had missed the point of it all.

Their former coach always bought used cars, so he drove me to the dining hall in his 1993 blue Oldsmobile. When he left one day for a speaking engagement, he offered me the use of his small office, which surely meant he wasn’t cheating. And when I returned to New York, a dear friend who does not follow college football but who read my story said something simple, but said it with an inflection that made it ring in my head for good.

“He’s a great man,” my friend said. A great man died on Friday. A great man also lived from 1927 until Friday, and while he lived, oh boy, was he alive.