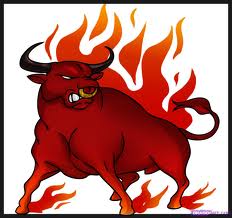 Testosterone is a hormone primarily produced in the testicles, and it’s most often associated with virility.
But in addition to sex drive, it helps maintain strong bones, muscle mass and strength, and keeps fat evenly distributed.
A recent study also found that men with low testosterone levels had an increased risk of developing painful rheumatoid arthritis as they aged.
Testosterone levels peak during adolescence and early adulthood, and begin to decline after the age of 30 at the rate of about 1 percent each year, but low levels can be caused by stress, a bad diet, obesity, and other factors.
Low levels cause changes in sexual function, insomnia, and reduced strength and muscles, and can even cause depression and an inability to concentrate.
Testosterone medications might seem to be the key to remaining youthful, but testosterone therapy has risks.
It can contribute to sleep apnea, cause acne, limit sperm production, encourage the development of an enlarged prostate (benign prostatic hyperplasia), and stop your body from producing its own testosterone.
It can also spur the spread of prostate cancer.
Fortunately, men can boost testosterone levels naturally by increasing their intake of certain foods. They include:
1. Oysters.
Oysters contain zinc, which in addition to increasing testosterone, increases muscle growth, physical endurance, and sperm production. Other foods high in zinc include chicken liver and pumpkin seeds. Zinc also helps wounds to heal.
2. Broccoli.
Increasing the amount of cruciferous vegetables in your diet, which include broccoli,  cabbage and cauliflower, rids the body of excess estrogen, thus increasing testosterone. A study found that diets high in indole-3-carbinol, a component of cruciferous vegetables, increase the excretion of estradiol (one of the most important estrogen hormones) in men by up to 50 percent. Crucifers are also high in fiber, which can help with weight control, and losing weight can also increase your body’s production of testosterone.
3. Garlic.
Animal studies conducted at Japan’s Kobe’s Women’s University found that garlic boosts testosterone when combined with a high-protein diet for a month. Garlic contains the chemical diallyl disulfide, which stimulates the body to release a hormone that spurs the production of testosterone.
4. Bananas.
Bananas contain the enzyme bromelain, which some studies have found boosts a man’s libido. They are also rich in B vitamins, such as riboflavin, which are essential for the manufacturing of testosterone. Pineapples are also rich in bromelain.
5. Brazil nuts.
Brazil nuts are high in magnesium, which helps raise testosterone levels. A recent study found that athletes given about 750 mg of magnesium daily for four weeks increased their free testosterone by 26 percent. An Italian study found that older men who had low levels of magnesium had lower levels of testosterone than men who had the highest magnesium levels.
6. Eggs.
Eggs are rich in vitamin D, which is essential for optimal testosterone levels. One study found that men who were deficient in vitamin D had lower levels of testosterone and higher levels of estrogen than men who weren’t deficient. Although vitamin D supports the production of testosterone, researchers believe it also hampers a process in which testosterone is converted into estrogen in men (aromatization). A second study gave vitamin D supplements to men with both vitamin D deficiency and low testosterone levels. At the end of a year, the men who were given vitamin D saw their testosterone levels rise by 20 percent when compared to a placebo group.

Exercises that get your TESTERONE GOING

1. Stay away from Cardio Training if your goal is to increase your libido

3. Heavy Lifting…do 8 reps per set as a max per set…work down to your “1” rep of total power..total commitment

4. Rest between reps (go between a leg workout and upper body workout) 60-120 rest between sets

6. Stretch between sets..stay limber in your body and breathe and focus on “Attacking” your next set..the goal is an attack mind set

Why do people love sports and watching their teams compete..it spikes the Testerone..when your team loses guess what goes way down testerone….why are we jacked when we gamble..there’s an excitement in the air.

Working out and attacking gets you super jacked and gets your Testerone up and roaring!!!!