The title says it all

The World Cup Is Over….I Can Now Go Back To Me Again!

I have to say I get weird, I get this strange hyper focus about me about a few things and one of them is the World Cup. Somewhere inside myself I take it very personal and I go in this hibernation zone…Like it’s a month of other countries and I’m picking up on all the cross soul winds of fan emotions throughout the world. I’ve got my soul attenna and it’s taking in all the fan juice from around the globe.

I do get this way about surfing when the waves are really good and especially if I surfed earlier that day it’s like it gets in my blood and I go “Cross eyed” and I just can’t seem to focus on anything else outside of my kids….Always Rad Dad…and I have to say one of the perks of being a single Dad is that I get half the week off to devout myself to some of these passions that take my soul to the other side of baby jesus buddha all star team!

So, what is the 1st thing I’m doing since the world cup is over. I’m making my 1st blog post in almost two weeks. This is the longest stage of where I haven’t written a post in the year + that I’ve been writing and creating in the blog Rad’s Brain. 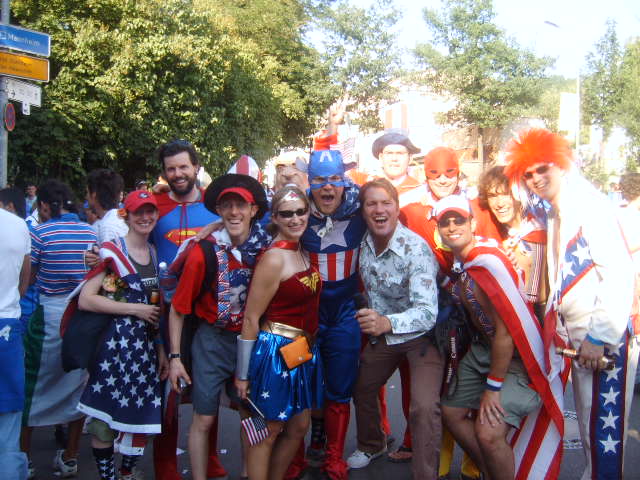 A lot has happened in the last 4 weeks to me personally and globally and to be honest it’s all a blur when it comes to details. What is it with focus and what is the drive in the attention span that locks in over a billion + fans to watch the finals of the World Cup.

It’s just a ball, a field, two goals and 11 players on each side but that’s just it….It’s SIMPLE..the game is simple put the ball in the net and score over 90 minutes…Soccer is beautiful because it takes a team to win a championship and it takes every player and the subs of your team (You get 3 subs per game) to win a championship. One mistake at one end causes a complete breakdown it’s that critical that the team plays in Unionsense with every facet of the game and when a team strikes it’s pure joy and elation because it is very difficult when you play for a championship and both teams our equally matched like the Argentina/Germany game both teams played as a team that understood theres strengths and they both played and played and countered at those places and eventually one team made just enough of a mistake that it created a slight separation for the winning goal to happen and when Germany one yesterday it was the two substitute players that created the goal…it wasn’t the starters or the most famous players on the their teams and thats what is so thrilling about WORLD CUP Soccer/Futbol is that it takes every player on your team to win..it’s different then the premiere league or a pro league..the World Cup is the most grueling team competition in the world and it shows with over a Billion people watching globally.

Growing up in America, a lot of people have said that Soccer is boring and it is when there’s no team play but when the competiton rises like we saw when the USA played against the Germans, the Portueguese, The Ghanians and the Belgium Teams…..the competition was just that and it was exciting wasn’t it! It was a pure joy to see America compete and give it their all when they played their games…I barely sat down if I sat down at all…I was pacing back in forth in my mom’s house about 3 feet from the big screen..it complete enthrallment, anticipation and utter passion….Soccer at this level the World Cup has captured my soul and my being.

It’s time to get some work done..My personal goal is to go to Russia in 4 years and celebrate the world cup not just with America but the WORLD.

I have a saying that the World Cup should be changed to the WORLD PARTY because to me that’s what it is…It’s the world bringing it’s people together and sharing through a sport and it’s great sport and it’s SIMPLE and it’s not who’s the biggest, strongest or fastest but who’s the best team..the best team wins the Championship and it takes every player to win the Golden Chalice :)))) And the fan is an integral part in a teams winning…the emotion and the spirit of the fan helps their team, inspires their team and helps bring the love to the game.

Now it’s time to get back to work and I’m ready..thank you World Cup!