When I think of Warren Buffett, I think of consistency, follow through and simplicity. What a “Hero” for America and the world. He has a plan that would help us turn our government and country around. Here is a pic with his strategy and a bio of his and how he became who is today. 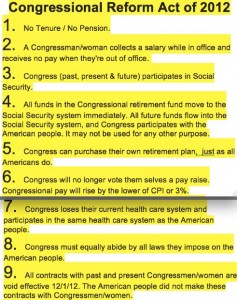 There are so many books and articles that talk about the fascinating financial adventures of this man, that we fear we would be redundant if we chose to reveal all the steps Warren Buffett took in his career. We can’t possibly come up with a new secret or financial advise coming from him, as they are all written in the thousands of pages that talk about the investment strategies of the third richest man in the world. This is why our focus will be on other interesting and sometimes really surprising aspects of his life.

For instance, did you know that USA Today reported in 2008 that at that time at least 47 books  existed on the libraries’ shelves featuring Buffet’s name in the title? And who else shared this honor? Only U.S. presidents, other major political personalities and…Dalai Lama!

But let’s start at the beginning and mention when Warren Buffett was born and to what family. On a happy August day in 1930 the only son of the Warren family was born. He was Howard and Leila’s second child, and they named him . Warren’s father was a pretty successful stockbroker and this was where the boy acquired his first business skills.

His brilliant mind, with an innate talent for mathematics, was ready for business from a very early age: when he was merely six, little Warren bought six-packs of Coca-Cola for 25 cents and sold each bottle for a nickel, making a five cents profit. How many six-year-olds can even tell what a cent or a nickel is in relation to a dollar? Nevertheless, this little fellow new that very well and he even knew how to joggle with these values.

Another well known event that marked his perception of money and investing occurred when he was only 11 years old and he had made his first stock purchase. He was already working at his fathers brokerage and one day he decided to buy some shares. He chose a company named Cities Service and bought the shares for $38 each. Soon things started to change (as always on the stock market) and shares’ value dropped to a little over $27. This alarmed the young boy, and after figures went up again and reached $40 per share, he decided to sell his acquisition. Shortly after that however, he was disappointed to learn that patience is essential when it comes to investing: the Cities Service stock grew to $200 per share.

He continued to show interest in business and money making all his life, and he got better and better with every year. Selling golf balls and stamps, delivering newspapers, or detailing cars were some of his high-school jobs which helped him develop his skills and also save some money. Together with a friend of him, he even bought a used pinball machine for $25 and put it in a local barber shop. The idea was successful enough to determine them to extend the business to other barber shops as well.

When he finished high school he had no intention in going to college, but thanks to his parents’ insistence he finally agreed on taking some business courses at the University of Pennsylvania. He was disappointed to find that he knew more about business than did some of his teachers. He later transferred to University of Nebraska-Lincoln where he obtained a degree of Bachelor of Science in Business Administration. From here he went on to continue his studies at Columbia Business School, where he met his mentor, Benjamin Graham, who taught there. Why Columbia University? Simply because Harvard Business School considered him too young and did not accept him in their program (he had finished college sooner than his colleagues).

He soon became very appreciated there and he even got the first A+ from Ben Graham, a recognition no other student had managed to obtain before. After graduation, Warren offered to work for his mentor for free at Graham-Newman, but he was rejected, as Benjamin Graham wanted to keep his vacant jobs for his fellow Jews who back then were not hired at Gentile firms.

So Buffett returned home (to Omaha) to work as a stockbroker and he also taught an ‘Investment Principles’ night-class at the University of Nebraska-Omaha. Most of his students were twice his age! A few years later, Ben Graham contacted him again and offered him a job at his partnership. By this time Warren had been married to his first wife, Susan, for two years.

From here on his story continues with a series of successes and a steady growth in personal wealth. In 1956 (age 26) he established Buffett Associates, Ltd., in which his personal investment was of only $100, while other contributed with far more significant sums. This investment partnership later became Buffett Partnership Limited, and in 1962 (age 32) it started acquiring shares of Berkshire Hathaway. Needless to say, this move proved to be very inspired as Warren Buffett is currently still the CEO of this successful conglomerate holding company.

He is also a very generous philanthropist, and he even decided that his children will not receive very much money after his death. So where will all that money (his wealth in 2010 was estimated at $47 billion) go? Well, no less than 99% of his wealth is destined for charity, as he signed the famous Giving Pledge. His own words on the matter are: “There’s nothing material I want very much. And I’m going to give virtually all of those claim checks to charity when my wife and I die”

Buffett is actually famous for two things: his immense financial success and his surprising frugality despite his colossal fortune. There is not much to amaze you when it comes to personal belongings. He has been living in the same house in Omaha since 1958, a pretty modest one (for his wealth), currently valued at $700,000. He also owns a far more impressive residence in Laguna Beach, California for which he paid $4 million. Another big purchase was his $6.7 million private jet which he bought in 1989 when he was already too famous to feel comfortable and safe in a commercial plane. But all this is really nothing as compared to the mind-blowing acquisitions of some of his fellow billionaires, like the famous Roman Abramovich.

Before concluding this little story, there is one more aspect of Buffett’s life that we have to present as we find it much too interesting to be left out. Remember how we mentioned that Susan Buffett was his first (and not the only) wife? Well, it’s now time to clear that up. The two had three children together and remained married until Susan’s death in 2004. But they actually stopped being an item long before that, in 1977, when she moved to San Francisco to pursue a career in music. Warren wanted her wife to succeed as a singer, but he was heartbroken when she chose to end their romantic relationship. They however remained good friends for the rest of their lives.

Now for the even more interesting part of the story. Susan introduced his husband to a young waitress in 1978 (when he was 48) and encouraged him to start anew with another woman. Astrid Menks, the waitress, proved to be the right person for Warren and they pretty soon moved together in his house. Susan, Astrid and Warren were very good friends, and the married couple even attended public functions as husband and wife, while Warren was living with Astrid. What’s more surprising (and completely unconventional) than that is the fact that the three used to send Christmas cards that they would sign ‘Warren, Susan and Astrid’.

Buffett intended to leave all his wealth to his wife when he would die, but fate changed his plans as Susan died in 2004 (age 72) of a cerebral hemorrhage, after having been diagnosed with oral cancer in 2003. Her death affected him very much and he couldn’t even find the strength to attend her funeral.  Our personal belief is that Buffett never actually stopped loving his first wife. But this doesn’t mean he didn’t also love Astrid whom he eventually married in 30 August 2006, on his 76th birthday.

So this is the quite fascinating story of an incredibly talented young boy who soon turned into an extremely rich and successful man, and who lately became one of the world’s wealthiest people. If you’re just as impressed as we were when we first read it, don’t hesitate to share your thoughts in the comment section.